It all started in 1999 when Francois Hugo started Seal Alert. A centre where he saved and rehabilitated injured and dying seals. Although his mission was simple it wasn’t always easy. The centre had very little support and was faced with continuous scrutiny from external parties but this never swayed Francois Hugo from his life’s work, helping seals. It has been said that he had a connection with these incredible marine mammals like no-other, some even called him the seal whisperer. He had what can only be described as a seal sense, a deeper understanding of these wild animals which connected him to them in a way very few people could understand. Francois spent decades protecting cape fur seals and helping them flourish in the Western Cape, right up until his dying day in 2018.

With no-one to follow in his footsteps, the centre was almost forgotten and left for ruin until 2019, when former seal rescuer Kim Krynauw, who had worked along side Francois Hugo, stepped up and took over the remains of Francisco Hugo’s legacy.

The centre was renamed from Seal Alert to Hout Bay Seal Rescue Centre, with hopes to breath new life into the centre. Kim Krynauw now works round the clock, with full time paid employees to save and rehabilitate as many seals as possible. It is no small feat but it is most certainly worth it.

In a world where other organisations can be quick to euthanise, HBSRC believes in giving seals a fighting chance. We might not be successful at saving them all but without us, they would all most certainly die. We do what we can for the ones that do survive, they are the reason we do what we do! Every life matters. Our mission at HBSRC is to intervene when seals are in distress. We rescue injured, sick or orphaned baby seals and rehabilitate them, then return them to their natural environment within the Cape Peninsula Metropolitan Region. The centre responds to all cases reported.

Kim and staff are on standby 24 hours a day to immediately respond to calls of seals in distress. As part of the rehabilitation process, seals that arrive at the centre are immediately treated for dehydration and are tube fed until they are strong enough to catch their own fish. We also have a water enclosure at the centre, where the seal yearlings can safely enter and swim. Once they are fully strong enough, healthy and able to fend for themselves, they are released back into the wild. Many of our rescues also require specialised medical care. The centre has a veterinarian on standby and our three full time staff work around the clock to ensure seals are administrated any prescribed medication as instructed by the vet. Younger seals generally stay at the centre for one year. Seals older than one year old will stay the length of time required to heal from their injuries. These older seals are generally treated as “outpatients” and swim freely in the ocean surrounding the centre by day, and choose to sleep on the centre’s open jetty at night as they feel safe here. The Cape Fur Seal is a protected species in terms of the National Environmental Management: Biodiversity Act (10/2004): Threatened or Protected Marine Species Regulations. 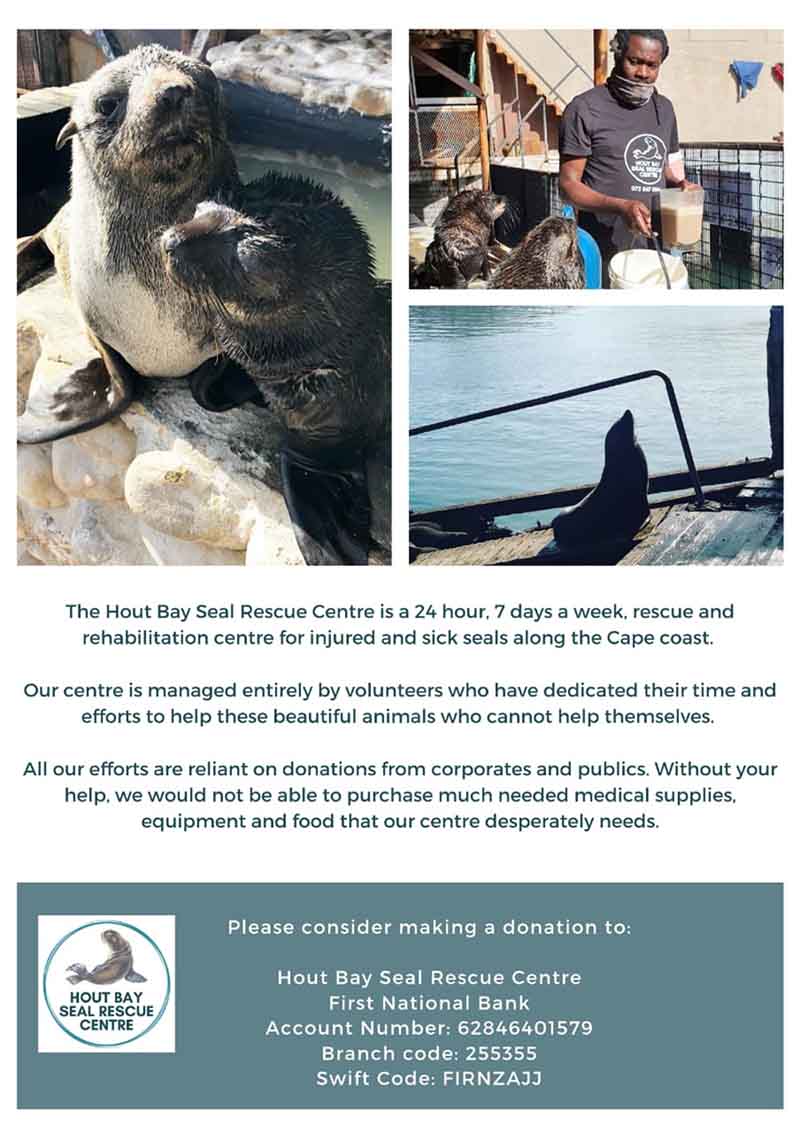 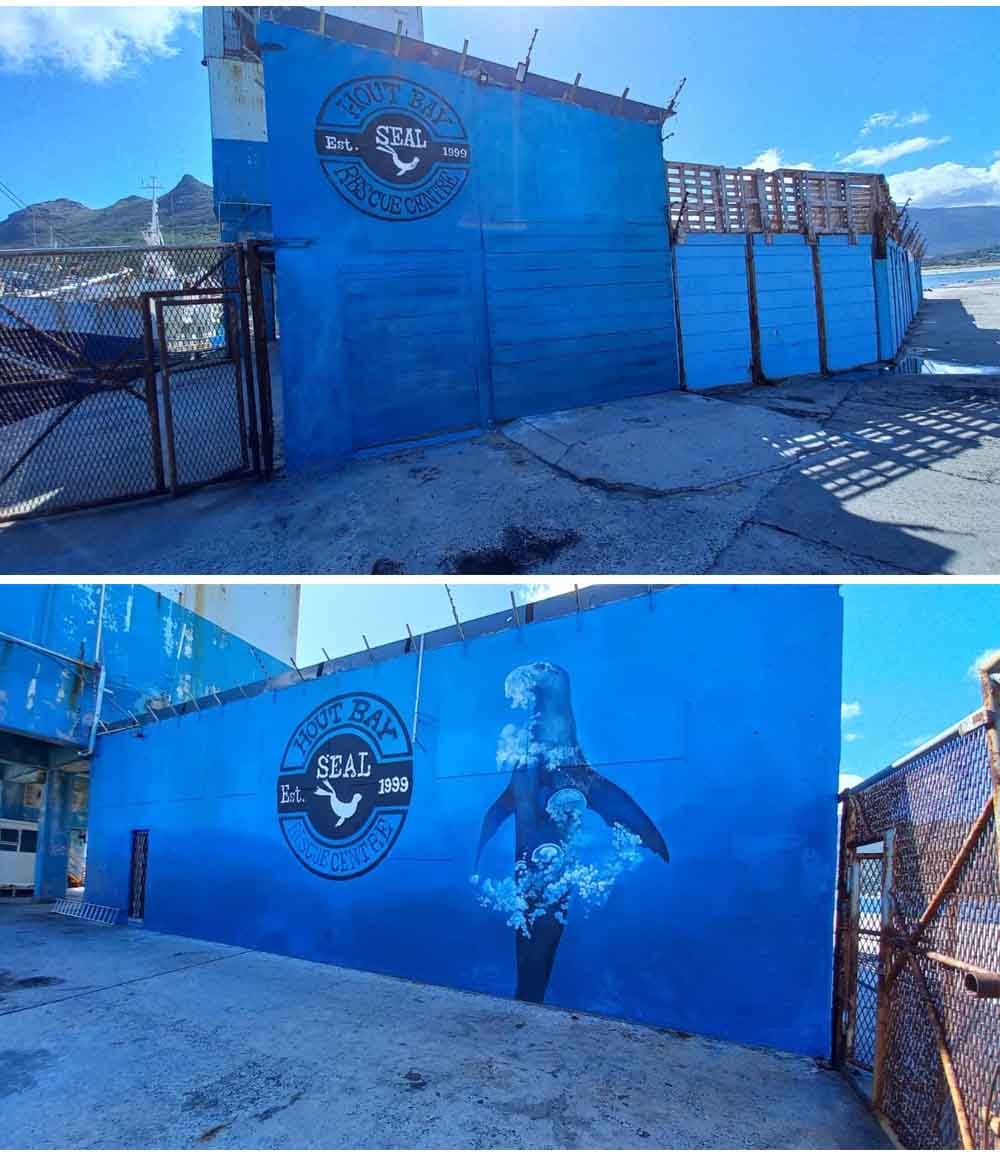